Our team consists of dedicated individuals who are knowledgeable, kind, and caring. All pets – including those with special neurological and pain management needs – deserve the greatest quality of life that is medically possible. We are committed to treating your pet as we would our own, with the gentle care they deserve. 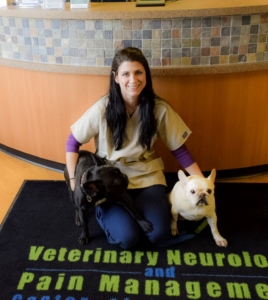 Melissa started her career in Veterinary medicine over 20 years ago. She has been a member of other specialty practices focusing on internal medicine before leaving a state of the art general practice as head technician to join us at VNAP.

During her off time she enjoys spending time with her family including her 3 French bulldogs, Dax, Todd, and Betty. She enjoys anything to do with the ocean, vacationing, snowboarding and many other outdoor actives. 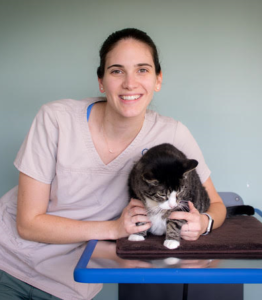 She spends her days of with family and friends and enjoys reading comic books, going to concerts, watching football games and spending time out doors. 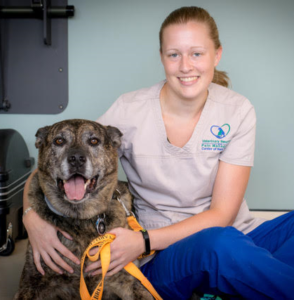 Lindsay’s interest in animals started at a young age when she saw horses for the first time. As soon as she had her first lesson she knew her path would always follow animals.

She graduated with a B.S. in Veterinary Technology from Mount Ida College in 2014 and shortly after got her certification. From there she started work at Angell Memorial Hospital as an anesthetist and then on to ETHOS BostonWest in the surgery department where she furthered her interest in surgery and client relations. She is now a part of our VNAP team helping the surgery department grow, but also crossing over into neurology and rehabilitation.

In her spare time she is at the barn with her two horses, Vegas and Ruger, along with her two dogs Delta and Ryker. If she is not at the barn, she enjoys reading, playing games and coloring. 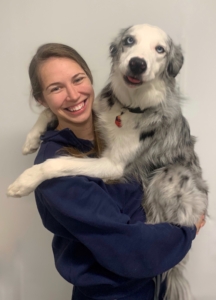 Kaleigh joined the Veterinary Neurology and Pain Management team in February of 2020. Kaleigh previously worked at Angell Animal Medical Center in Boston as part of the Critical Care Team and Cardiology Team. Kaleigh joined VNAP after working with her own dogs in canine fitness and conditioning inspired her to pursue a career in rehab and neurology.

When she is not working, Kaleigh can be found hiking, climbing, or at the beach with her three dogs, Ragnar, a middle eastern street dog, Riot a Border Collie, and Nor’E a Labrador Retriever. Kaleigh also enjoys baking and sewing and spending time with her four cats, Catan, Trout, Flounder, and Jalapeno. Kaleigh and her Border Collie also regularly participate in agility, dock diving, and flyball. 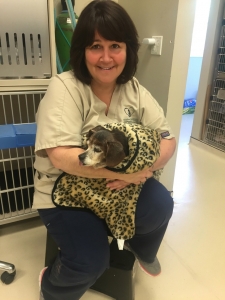 Lisa became a part of Veterinary Neurology in April of 2015. She is an intricate part of the staff and a favorite of many of the clients and patients. She dedicates her time spent here making sure that all of the patients are made to feel as they would at home. Her organizational skills are important to keeping the facility running smoothly. She prides herself on making sure that everything is properly cleaned and does a fantastic job at making sure that all aspects of the hospital are kept to the highest standard. She also makes it a daily chore to make sure each and every pet that is in the hospital has individual time and love and comforts clients in times of stress.

When she is not at the hospital, she spends most of her time caring for animals in multiple settings. Pet sitting is an activity that she enjoys, giving the pets she is caring for the kindness and love to make them feel secure and comfortable in their owner’s absence. She especially loves spending time with geriatric animals, making the time they have left meaningful and warm. She also enjoys taking steps to help the less fortunate. One of the most rewarding steps she takes is giving winter apparel to homeless women in the Boston area. being able to help someone in need is something that she feels strongly about and does what she can to ease the struggles of others.

Gary’s love of animals started during his childhood growing up on a horse farm in Sharon. He continued that love into adulthood and furthered his knowledge by obtaining an associate’s degree in animal sciences.  Gary joined the VNAP team in February 2018 after working at other veterinary hospitals, include Angell/MSPCA for over 25 years.

In his free time, he loves spending time in the great outdoors, especially on the Cape Cod National Seashore. He is also very active in the theater and art scene in Boston. He is also a part time children’s ski instructor at Blue Hills Ski Area. 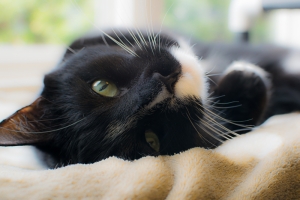 Spaghetti started his life on the streets of Manchester, New Hampshire. He was fortunate enough to be picked up by a fellow CVT and was specially delivered to join the VNAP team! Has made himself at home in the clinic, and loves all of the people (as well as most of the patients) he works with!

In his free time, Spaghetti enjoys rearranging countertop items, playing on the treadmill, climbing into cabinets, keeping his humans in line, and (most importantly) sleeping in boxes!