Epilepsy refers to repeated seizures over time. Idiopathic means we can’t find an underlying cause of the seizures. Seizures may occur as a one time event in an animal from a variety of causes, but only if the seizures repeat again and again over a period of time do we call it epilepsy. Seizures are a sign of brain disease. 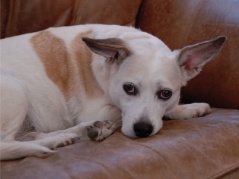 Anything which damages the brain in a particular area can cause epilepsy. If we can identify the cause of the seizures, say a brain tumor or a stroke, then we say the pet has symptomatic epilepsy. That is, the seizures are a symptom of a disease process we’ve been able to identify. If we’ve looked and can’t find the cause, then we call it idiopathic epilepsy. The term idiopathic simply means that we don’t know the cause. It may be that the cause is too small to see on an MRI or may even be microscopic!

Many of the idiopathic epileptics have inherited epilepsy: epilepsy caused by a mutation in a specific gene which they inherited from their parents. Dogs with idiopathic epilepsy frequently begin to have seizures between one and five years of age, and occurs commonly in particular breeds. A few breeds have genetically proven hereditary epilepsy, while in most it is just a strong suspicion. One of the goals of the Canine Epilepsy Project is to identify genes responsible for epilepsy in dogs. This will allow us to positively diagnose the hereditary form and take steps to decrease the incidence of epilepsy in dogs.  Idiopathic epilepsy is a diagnosis by elimination. That is, we look for other causes of seizures and if we can’t find any, we make the diagnosis of idiopathic epilepsy. How aggressively we search for an underlying cause is a matter of clinical judgement. We always recommend a minimum work-up for any dog having seizures. This will provide us with clues to a possible underlying disease and provide the baseline from which to watch for potential side effects of antiepileptic drugs.

How Common is Epilepsy?

Epilepsy is one of the most common neurologic diseases in dogs, but no one knows for sure just how common it is. Some studies estimate up to 4% of all dogs are affected. In some breeds, the incidence may be higher and some families may have up to 14% affected. Epilepsy occurs less frequently in cats and other pets, presumably because they do not have a hereditary form of the disease.

What Determines When a Pet May Have a Seizure?

No one knows what it is that determines when an epileptic will have seizures. The only thing we can predict about epilepsy is that it’s unpredictable. Some pets appear to have seizures very regularly, while in others, the seizures appear to be precipitated by specific events such as stress, or changes in the weather. However, when we try to use what’s happened in the past to predict when the next seizure may occur, we usually aren’t very successful. For many epileptics, there is no pattern to their seizures.

How Do We Diagnose Idiopathic Epilepsy?

History: Your description of the character and timing of the episodes, relation to exercise, feeding, etc. helps your veterinarian determine if this is indeed a seizure and what type and may provide clues to the cause.  It might be helpful to record an episode to show your veterinarian (if possible).

Physical examination:  Evaluation of the heart, lungs, abdomen, gum color, etc. provide clues to diseases which could cause seizures or complicate diagnosis and treatment.

Neurologic examination: Evaluation of behavior, coordination, reflexes and nerve functions provides clues to disease of the nervous system which may be causing the seizures. Blood and urine samples are taken and analyzed to rule out metabolic causes of seizures and provide baseline data to monitor effects of medication.

In order to rule out some diseases, we would need further tests. If the animal is outside the 1-3 year old range when idiopathic epilepsy typically starts, or has any abnormalities on examination that hint of a cause, we strongly recommend such testing. You were referred to the Veterinary Neurology and Pain Management Center of New England for some of these tests. Even if your pet is within the “idiopathic epilepsy” age range, we can’t be sure it’s idiopathic unless we perform the full compliment of tests. It has been shown that over 1/3 of the dogs between 1 and 5 years of age had an identifiable cause for the seizures. Thus we can make a case for aggressive testing in any epileptic dog, but need to weigh the additional cost involved into the equation.

Other tests that may be recommended:

MRI: Evaluate the structure of the brain; requires anesthesia. Rules out diseases such as brain tumors which would need to be treated directly.

Antibody titers: Blood and/or spinal fluid is analyzed for antibodies. Identifies specific cause of an infection.

Toxin tests: Blood or other sample is tested for the presence of a toxin. Tells if a specific toxin is present, but usually need a clue to what toxin to look for from the history or other test.

Electroencephalogram (EEG): Recording of brain wave to look for the electrical storm. Allows definitive diagnosis, but can be non-diagnostic. EEG is a useful tool in diagnosing epilepsy, but has serious drawbacks in animals. When we see abnormalities in the EEG, that tells us this is indeed a seizure and may help us pinpoint the source. The trouble is, those EEG abnormalities, like the seizures, can come and go. If they don’t happen while we are recording the EEG, we will not see them. Recording an EEG in an awake animal is difficult, so we often have to sedate or anesthetize them to get an adequate recording. The drugs used for the sedation/anesthesia also affect the EEG. Thus, we often make the diagnoses of epilepsy based on the clinical signs and don’t require EEG confirmation of the disease.

There is a great deal of controversy (largely unnecessary) about the role of the thyroid in canine epilepsy. The thyroid hormones regulate metabolism. Too much thyroid activity, and the metabolism runs too fast. The result is weight loss, nervousness, high blood pressure, and so on. Too little thyroid activity, and metabolism runs too slow. This results in weight gain, lethargy, high cholesterol levels, and so on. Normally, dogs don’t develop atherosclerosis: the hardening of the arteries that predisposes people to heart attacks and strokes. The high cholesterol that accompanies hypothyroidism (too little thyroid hormone) can, however, lead to atherosclerosis and strokes in dogs. Likewise the high blood pressure that accompanies hyperthyroidism (too much thyroid hormone) can also predispose the dog to stroke.

Thyroid function tests are affected by many things, including stress and medications, phenobarbital is one of those medications. Recent seizures will also cause false lowering of the values, presumably due to the stress they cause. So test results need to be interpreted with these caveats in mind. If an animal tests truly low on thyroid function, then a trial of thyroid supplementation is indicated. If an animal has normal thyroid tests or fits with what we expect from the effects of the medication or seizures, then there is no reason to supplement thyroid hormones.

What About Liver Shunts? 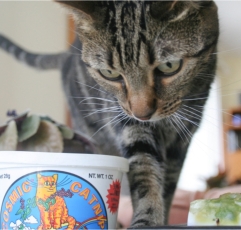 One of the jobs of the liver is to ensure that only the good stuff from the food we eat gets into the body.  In addition, the action of bacteria in the intestines on food can produce toxic byproducts which the liver deals with. All the blood coming from the intestines goes through the liver first, where it is cleansed of toxins before going around the rest of the body. When an embryo is safe in the mother’s womb, the mother’s liver takes care of that job, and the embryo doesn’t need to worry about it. As a result, the blood from the intestines bypasses the liver in the embryo through a separate vessel called a shunt. When the pup is born, however, the liver needs to switch gears and start doing it’s job of cleaning the blood from the intestines. So the shunt closes down and blood is run through the liver to be cleansed before it gets to the brain.

If the shunt fails to shut down like it should, then blood will continue to bypass the liver. A shunt that is present from birth is called a congenital shunt. The liver then doesn’t get a chance to remove the bad stuff until it’s already circulating around the body. Many of the toxins that the liver would normally clean up can affect the brain, and seizures can be one of the effects.

Shunts can also be acquired later in life. If the liver is diseased, blood may have a hard time flowing through the sick liver, leading to a back-pressure in the vessels coming from the intestines. If that back-pressure gets high enough, the blood may find an alternative, less resistant, pathway. The result is the same as the congenital shunt; blood bypasses the liver and toxins affect the brain.

Both because liver problems can cause seizures and because many of the medications used to treat epilepsy can injure the liver, we recommend liver function tests as part of the initial work-up and as part of the regular check-ups. The liver enzyme tests which are part of a routine chemistry profile may not be adequate to detect liver shunts and liver function tests, such as bile acids or ammonia, are necessary.

Get answers to frequently asked questions about a visit to VNAP, our procedures, and more.